I Came From Nothing 2

Teilen
[Intro: YL Stunna]
As the blunt slowly burns, I pass through Cleveland the point of no return
And if you make it out alive, don't return
Let me fly free, man fuck the urn
Smoke my ashes, taste me dust
This shit was really easy like fuckin' two sluts
And this money on my mind so I ain't fucked in two months
And when it come down to a bitch, I don't be carin' too much
Where ever ya'll at, we above that
Lord knows I hope the Feds bring my plug back
ROC Crew, TJ said, what's poppin' 5ive?
And they say money talks, well then my tongue is tied


[Bridge: Young Thug]
Ohh and I'll just beat you like an instrumental
We go harder than ya'll
And we go farther than ya'll
[Verse 1: YL Stunna]
I swear I hate ya'll, ya'll nigga act like felines
Talkin' bout your flow sick, well that means my shit dyin'
Treat you like my old woman, beat you like you stole somethin'
Niggas actin' like they take when they ain't never stole nothin'
And we sittin' at the top and ain't comin' down
Ain't comin' down
No sounds when I come around
When I come around
fotos 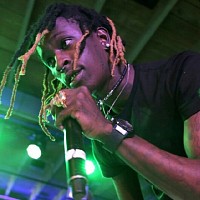 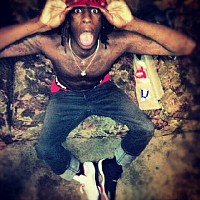 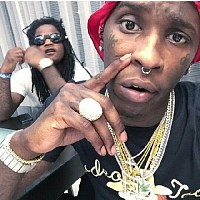 I Came From Nothing 2