Teilen
'Of course you know what a fuse is...
It's a long piece of cord impregnated with gun powder
When you strike a match and light it
It burns, fitfully, sputteringly to it's end
At which there is, a little surprise'


Krypton, short suit MCs you'll be ripped on
You fell off and it's my lyric sheet you just slipped on
Get gone, spit on mic's made in Hong Kong
Rock on, sing songs, we’re mightier than King Kong
A donkey, you think you want me or want this
Want some, hold your reputation for ransom
With these here, handsomely crafted tactics
To break a snake and see like a cheap profilactic
Galactic, space now, yeah that grabs attention
Crackheads nodded like a pest can't even mention
Right a pest traps gas tracks in sections
Kid steps this, he needs witness protection
Trying to see while I
Can you see it?
I'll be here
Trying to see while I…
If you see it
I'll be here
fotos 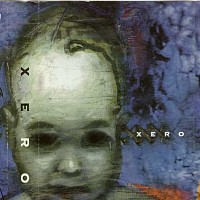 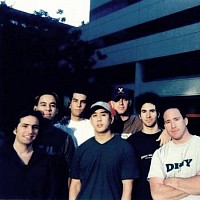 It was the junkyard crooked letter C-I-entific
Duck us, the ruckus I'll bring stings your eardrum
Hear one, lalala loose, find me fearsome
Opposing troops on my home front shall be gone
Testing the eight-hundred, eighteenth batallion
Shall I go on, cruise run like rebels
Enola Gay rhymes kicked the notch up a level
In intesity, send back attacks that you sent to me
Blow up your spot with grenades that were meant for me
MP3 versus R33 MCs
Swiss cheese your gear putting shrapnel in the breeze
We're lead MCs with enemy companies
With my hand full of lyrics talking 'bout “you want these?”
Please, don't even speak the name of channels
And low gadget mic shit, put it down like pens
For my friends and my fam’
Let them dodge it around
This mic shot through the back of an MC’s hand
With the strength that he had a bridge
You don't want that, close body fields in hand to hand combat
Battle cats, it's like the sectional speech warfare words, slash cords
P4A lyrical shots get ripped don't question my intention when your butt gets kicked
Why wait, I didn't look down myself
Trying to see while I
If you see it
I'll be here
You want these MCs lyrically back smacks