Teilen
The say the mind is a terrible thing to waste
So my every rhyme is designed from a spiritual place
Get the time, I'm some kind of a lyrical great
I drink wine from the vines of superior grapes
How you think I carry the weight? They got me very irate
I make a classic, it's a habit how I bury these fakes
You can't compare me to snakes? I never bite, I never crawl
On the mic I'm somethin' that you never saw, this is raw
Y'all can't be serious? These jams is hilarious
I leave you bloody like the first man to have a period
Period, I ain't gotta write no more
But since the beat kinda nice I'mma write some more
Fight your war for what? Little cash, little checks?
So when I die you can put a little flag on my chest?
You a fag with a rep, I got shotties for your men
If Obama don't get the spot it's probably not for him
Enough black men do good to only get shot
That's why I'm good in the hood, I don't need to get the props
I only need to get these thoughts off my brain
Chopped in and slain, let JuJu Mob in the game!

Write another verse and send another curse
Here comes the storm, get your talking on, Sicknature's
Back from the dead like motherfuckers been reading the Necronomicon
When the sick person is talking I murder the market
I'm a monster, kids trying to see me searching the closets
If incompetent knuckleheads are being slumberers
I'm sick, I kick in the fucking door and slap 'em out of pajamases
Y'all fakers believe that I've been racing on cheetahs
My face is the thesis to standing tall in my laces Adidas
From unlucky to fuckin' up, now sucka, buckle up
I'm sick motherfucka, plague wouldn't touch me with rubber gloves
Half-steppers stay beneath me, the rap shit'll never leave me
I bring thunder like Thor and swinging this hammer to AC/DC
Fuck you if you think this shit is improper
While I'm lying rappers be pushin' keys thinkin' they're hustlers
I'll show and prove, never do it for paper
Leave the cake you want to your maker
Or move for Snowgoons and The Nature, motherfucka!
fotos 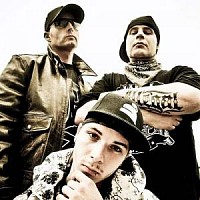 The Mob remains, we was just in the shadows
King of kings, Kamachi and Cauze, brother of pharaohs
Cousins of killers, fathers of felons
Don't no light no weed around us, we'll abolish your section
You got juice? You will get bashed to a pulp
Real talk, years since the status was caught
Hundred and eighty-seven songs, that ain't half of my vault
Hell froze, paved my way out on a path made of salt
Me and 'Mach made of fire, ain't no passin' the torch
You pass, I'll be passin' the pork, I'll splatter your thoughts
West Philly where I rep, where my passage was taught
Wildin' up the block while grandaddy sat on the porch
Watchin' the news with his back to the room
I grew up with kids who swam with crack in the womb
Now they're sellin' the same shit, pops died on the same strip
Shower your rhymes, powerful as the gauge kick
Or with a tangled web, I leave you maimed and dead
Without a microphone I make you fuckin' bang your head
My anger's fed when I get some heat from Waxwork
The gat burst, would have been a hitman just learned to rap first
Used to be a fat jerk, now I'm a skinny one
One man, one gun; I go to war with anyone
You fuck with JuJu Mob? That's asinine
We don't have to rhyme, nigga, we'll settle this by blasting nines