Out Of Control - Text

Teilen
With her high heel against the wall
Kind of dancing, though not at all
She had stockings running up to her thighs
Snaps her fingers to keep the time


From the back of the room I saw her there
I said she wants to be alone and I shouldn't dare
But then she noticed me glance at her
I had no choice but to dance with her
The lights that move sideways and up and down
The beat takes you over and spins you round
Our hearts steady-beating, the sweat turns to cold
We're slaves to the DJ and out of control
fotos 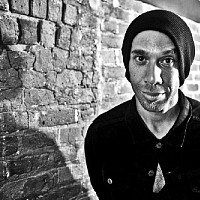 I watched her feet move, her hips they sway
Does a hair flip then starts to say
Oh, my God, it's my favorite song
I pull her close and she sings along
We can't slow down even if we tried
If the record keeps spinning so will I
She likes disco and tastes like a tear
Tells me don't stop dancing and she's pulling me near
We've got nowhere to go, we've got nothing to prove
Instead of dancing alone, I should be dancing with you
This song is turning me on, the beat is doing me in
Or maybe it's only you, but either way, lets begin