Teilen
Now get the fuck up off me nigga..
[Big Boi]
As I, struggle to keep my balance and composure
I'm 'posed ta, propose a toast to players on every coast-a
The lyrical roller coaster, mind-bender
'Stead of watchin these sucker MC's
I'm seein just how they lyin to the general population
Don't be patient, get up and stand up for your life
Don't you agree or understand we lost some rights at 1-1-9?
Come dumb, come young, come blind unwind confined
to the situation, we facin, cause in time, tick tick boom 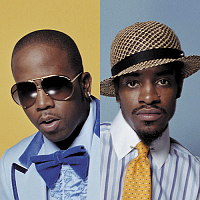 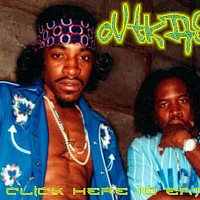 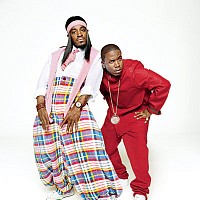 [explosion forward and reversed]
[scratched: "You're gonna die here" - 2X]
[Big Boi]
When will we all, awake up out this dream
Come here and smell the Folgers, the soldiers are human beings
Man actin as if he was the supreme bein
Clockin the souls of men out like he was G-O-D and
W-A-Rrah, there'll be no tomorrow but sorrow
and horror will follow the hollow hearts battle for dollars
Politicians, modern day magicians
Physicians of death, more health care for poor health
Who makin us ill, they makin us kill
That's makin me spill my guts (chill Big, lay in the cut)
For what? I refuse to sit in the backseat and get handled
Like I do nuttin all day but sit around watch the Cartoon Channel
I rap about, the Presidential election and the scandal
that followed, and we all watched the nation, as it swallowed
and chalked it up, basically America you got FUCKED
The media shucked and jived now we stuck - damn!
[singing - "can't be heard clearly"]
[scratched: "You're gonna die here" - 2X]
[Big Boi]
Operation Anaconda - ask yourself
was it full of bleeps and blunders, did they ever find Osama?
And why in the fuck did Daniel Pearl have to pay the price
for his life and his wife plead twice?
See Al-Amin got life and Fred got dead, Hampton
To dampen the dream of all the Panthers
They got they answer for ransom
As we read together, as we dream together
Count your blessings whenever you feel that things won't be no better
But it got to, you gave me this microphone so I must rock you
Your brainwaves, airwaves, energized and SHOCKED you
Y'all got me, well I got y'all, long as I know y'all listenin
I'ma always bring food for thought to the table in the kitchen
Now eat nigga!