A House In Massachusetts - Text 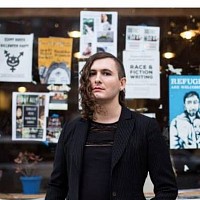 Real nice like the other real nice houses in massachusetts
So he put on a big addition and hired this young kid
To come and plant lots of plants around the outside of the house
Dad watered them every day oh he took such good care of them
It looked really nice, if you're into that kind of thing
And in the backyard he put in a little pond by the patio
And a little waterfall where the water always flowed
Up through a little tube in the little pond that brought the water to the top
And there were even little fish, I think they were orange
But then one massachusetts winter came we got about four feet of snow
And the plants were all buried, and the pond? I think it froze
The fish probably died, but I'll probably never know
'Cause when springtime comes I'm most likely going to louisiana
Or maybe pittsburgh. I'm not really sure yet. I'll let you know.
One December morning dad and I got up real early
And took the dogs down to the old sledding hill
No one else was there so we left our footprints proudly in the snow
And it felt just like the old days back when I was half as old
Oh I was not so old. how did I get so old?
We stood for a long time, a good long time up there on the hill
While the dogs barked and ran around like they were crazy
And I could hardly feel it through my big red winter jacket
When dad put his arm on my shoulder and he said
"Look at the way the snow climbs in the trees
It's nice. it's real real nice."
And if I were bob dylan I'd use that little story
As a jumping off point to teach you all a lesson
About sharing about caring about the uselessness of staring
At all of the things that we collect
That we call our wealth
But I am not bob dylan, even though I've got curly hair
And play the guitar and my voice is kind of whiny
No I am not bob dylan, but I'm also not too sure who I am
So maybe I should just shut up
But while I've got these two chords buzzing I may as well keep talking
See if I might have something to say
Sometimes I get so scared and I think the world is ending
And you and I are the last chance we have left
And other times I sit on the ground and I look at things
Like stars and planets and little tiny bugs
And mostly I just feel small
And like I shouldn't think too much at all
I definitely think too much these days
What a fucking crazy time for us to be alive.