The Sack of Nargothrond - Text

Teilen
Year 495 of the First Age of Beleriand,
Túrin has gained great consideration and power from Orodreth, King of Narghothrond.
After numerous successes in battle, Túrin rules all matters of war, and commands to build the
bridge outside the city, to allow the armies to pass through and fight against the black horde of
Angband.


“Set up this bridge and face the orcs of Morgoth!”
fotos 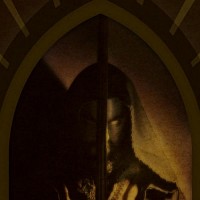 But the King was warned about the great peril of invasion by Ulmo himself, god of waters. By
messengers he told to Orodreth to leave the city and reach the safe shores of the sea. But the king
got angry with the messengers and the god, so he decided to stay and fight.
“Set up this bridge and face the orcs of Morgoth!”
But, in the end, the bridge was the ruin of Nargothrond, because it allowed to the armies of Morgoth
to pass and sack the city. Orodreth was killed and Túrin was bewitched by Glaurung, he couldn’t do
anything to protect the people.