Death Throes Of The Terrorsquid - Text

From the deep there's a terror rising
A great beast with eyes like crimson fire
Leviathan returns to devour the world
Set a course, the time for slaughter
To the heart of the raging oceans blue
This time the beast will meet it's doom
Eternal doom 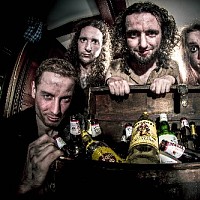 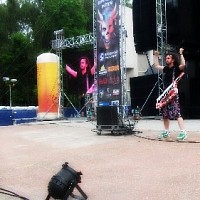 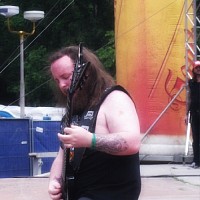 With a crash of thunder
Our ship sails 'cross the waves
On a course to the frozen arctic seas
We've defeated vikings
And ninjas we hath slain
The terrorsquid won't escape again
Never again
Poseidon's realm falls silent... THE BEAST AWAKENS!
Between the bounds of light and death
Rides the serpent, Uroboros
Supine before the altar of doom
Enter into the Cthonic lair
A raging torrent of smoke and fire
Lighting from across the bow
Hear the death throes of the terrorquid
The doom of leviathan draws near
Thunderous volleys from the thirtytwo-pounder gun strike the beast, as our vessel moves in for the killing blow. From the bow of the ship the great harpoon is fired, impaling the through the monsters cursed eyes. With a final scream of terror, Leviathan rears up in defeat, and is vanquished for all eternity.